Financial Education and the Digital Future 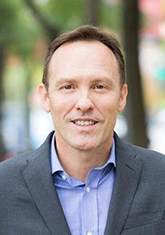 Amsterdam was recently the focal point for the world of financial literacy. Two major events took place there. These attracted royalty, politicians, academics and business people, like myself. All joined the debate on how to teach young people to be financially resilient.

I joined the board of Junior Achievement Europe at one of those events, the organisation’s annual general meeting. My motivation is simple. I've participated in its programmes before. I've seen the benefits to students and volunteers. And, I want to help it tackle the digital future. More on that below.

At the AGM I also spoke on a panel about Young People and Economic Success. I took the chance to explain why Visa Europe is sponsoring a study on what financial skills business and the economy needs young people to have. With JA Europe we are surveying European businesses, including clients, so their views can inform the governments, regulators and educators. We are asking three questions. What would you need ideally? When you look at the people you are going to hire what financial skills do you need them to have? And, what is it to be 'digital savvy'?" Take our survey before the closing date of June 30th.

Across several canals, my Visa Europe colleagues were also contributing to the other major event in Amsterdam that week. It was the OECD Global Symposium on Financial Resilience. The OECD revealed its latest report: Trends and Recent Developments in Financial Education in Europe. The report is sponsored by Visa Turkey and the 22 member banks who back its I Can Manage My Money programme in that country. The report gives plenty of data insights into the state of financial education today.

The symposium also highlighted good ideas from around the word to boost financial literacy levels.  It was addressed by Queen Maxima of the Netherlands. She has a long record campaigning for better financial education and called for more digital games and apps to help young people learn. That digital future, the one I mentioned earlier, is increasingly ‘here and now’.

Also joining royalty at the symposium was the Dutch finance minister, Jeroen Dijsselbloem. He noted that while there some great awareness raising platforms for people "we need apps, games, MOOCs to get them into action." Once more, the need to prepare that digital future is clear.  Financial education presented in relevant contexts using the right mix of channels and support is the way forward

Since joining Visa Europe in October 2013, Nicolas has embarked on a radical change strategy, driving a customer centric focus built on innovation and consumer insight. In his first financial year in the position, Visa Europe’s gross revenues grew 9% to €1.9 billion, with profits up 30%. There are now more than 500 million Visa cards in Europe, accounting for one in every six euro spent. Under Nicolas’s leadership, Visa Europe is committed to building partnerships across the finance, technology and retail sectors, expanding access to its services, and accelerating growth to underline its position at the beating heart of payments.

Prior to becoming CEO of Visa Europe, Nicolas was Chief Executive of Avant in Spain and Ireland, part of the Apollo Group. In this role, he was responsible for overseeing the consumer finance business for Apollo Global Management.

A true European, Nicolas speaks English and Spanish, in addition to his native French and has lived and worked in a variety of countries. He has a track record of growing businesses and building multi-cultural teams.

Nicolas holds a degree in Law and an MA in Political Science and Government, both from the University of Toulouse