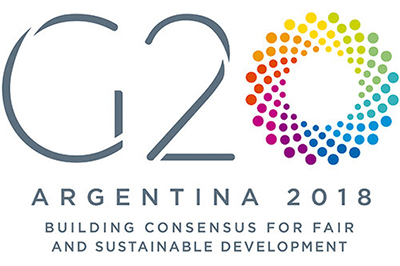 G20 governments must team up with business communities to revamp the world’s outdated education systems that aren’t preparing young people for the job market of the future. This is one of the main recommendations in JA Worldwide’s policy paper Education, The Future of the Labour Market, and Youth Skills, which will be presented at the first-ever G20 meeting of Ministers of Education in Argentina on Wednesday.

Co-authored by the Brookings Institution, JA Worldwide developed the paper as part of a new initiative of leading international education-focused NGOs, including Plan International, Harvard School of Education, and BRAC. JA Worldwide’s policy paper is one of four papers that the group completed for the G20 Ministers of Education.

The recommendations highlight the significant mismatch between the skills that employers are hiring for and the skills that young people are learning in schools. Businesses look for critical thinking and creativity, while schools tend to prioritize performing repetitive tasks and memorizing facts. Young people entering the workforce will also need to be highly adaptable to change as many of their future jobs have not even been invented yet.

“JA’s experiential learning programs are implemented in partnership with schools, school systems, and businesses in all G20 countries,” said Asheesh Advani, President and CEO of JA Worldwide. “The JA network has on the ground experience with what works and what does not work.”

Asheesh Advani and JA Argentina Executive Director, Noël Zemborian, will be in Mendoza, Argentina, during the week to participate in sessions and meetings in conjunction with the G20 summit—including meeting with the President of Argentina, Mauricio Macri. Noël Zemborian will also represent JA on a panel discussion at a major fringe conference during the G20 meeting.

The future of work has been one of the overall themes at the G20 meetings in Argentina, at a time when globalization, digitalization, and demographic changes are rewriting the rules for job requirements. Global youth unemployment numbers remain record high; roughly 40 percent of the world’s 15- to 24-year-olds are unemployed. In order to meet UN Global Goal 4 of quality education for all, 69 million new teachers need to be recruited by 2030.

In particular, JA advocates for broadening the scope of the Entrepreneurial Skills Pass (now in 29 countries across Europe) as a global micro-credential for demonstrating that young people have attained these skills.